Coinbase, one of the biggest crypto exchange and broker experienced problems with “some buys completing” on Monday as bitcoin fell to $30,000.

“The record of a recently initiated transaction may be delayed in showing up in your Coinbase account. There may also be some issues with some buys completing on the platform.”

There are numerous suggestions that buy orders were not going through, with an unconfirmed chart showing a price blip to €1,000. 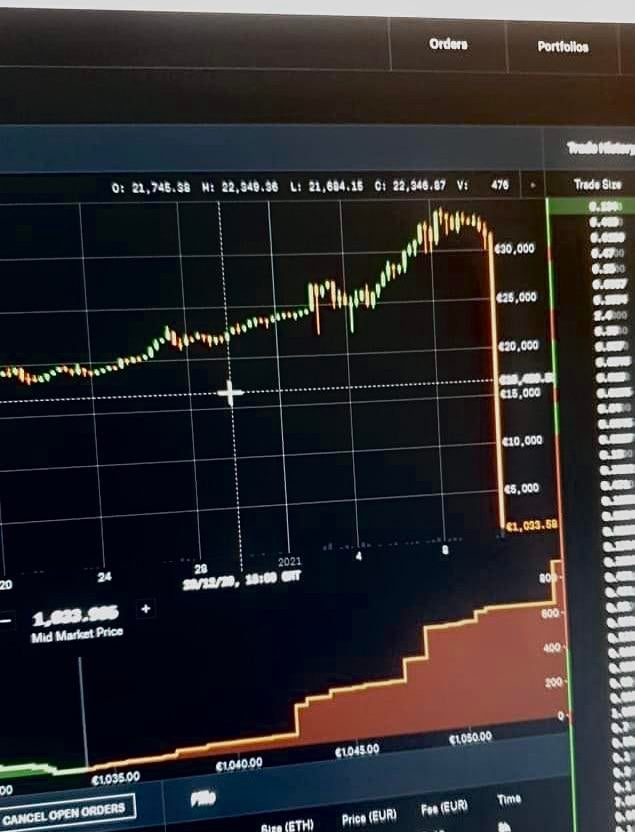 Tradingview’s Coinbase chart does not show this €1,000 blip, so this may be more the internal screen of a logged in user that isn’t reflected.

It isn’t clear currently what exactly was the problem, but Coinbase says “we’ve released a fix for the issue impacting trading on Coinbase.com and our mobile apps.”

So this seems to be over now with Coinbase having a discount of $350 at some point yesterday while people were facing problems with buying bitcoin.

The exchange seems to be under some pressure as there have been complaints for some time that it goes down during periods of volatility.

Yesterday volumes were astounding at $10 billion within 24 hours, a huge increase from the usual circa $200 million a day just last year.

So showing the exchange has seen a massive increase in users and deposits, with it slightly struggling to keep up even as it spent much of 2018 on scaling.

December 2020 however and January this year is proving them wrong, with it unclear whether Coinbase has responded to re-focus again on scaling.

Something that will be necessary and perhaps even vital because they might need another 100x buffer.