Ethereum has risen above $240 once again, and it is fairly close to overtaking $250, rising by about 10% since Sunday.

The currency was close to overtaking $300 before the lockdown March, with it generally recovering since, but not quite fully.

It hasn’t quite risen above it since it overtook it in 2017, with that $300 line not touched at all this year and only very briefly in 2019. 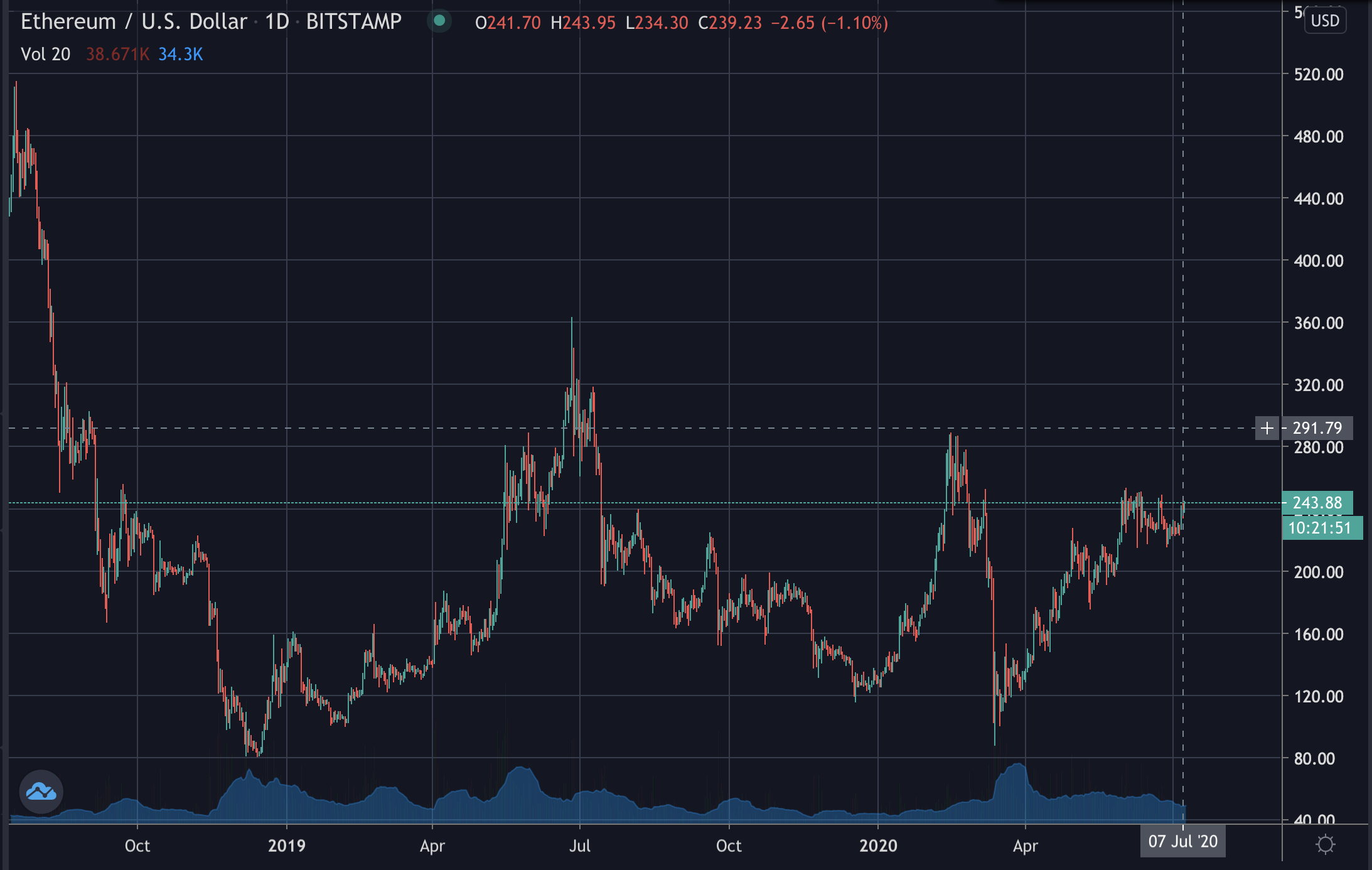 If we take away the crypto volatility, then the above chart looks more like a year and a half of sideways with no real direction except maybe since the March bottom.

Whether it will continue to follow that upwards trajectory of course remains to be seen in the coming weeks and months but sentiment seems to be somewhat changing in eth.

The many new tokens and projects, in defi but also things like Chainlink, have created a somewhat bullish atmosphere in some corners.

Plenty presumably are making plenty of gains, and with prices typically going both up and down, you’d expect plenty at some point to take profits and put it somewhere.

That somewhere may well be eth, with that corner bullishness thus potentially starting to leak towards the bigger cryptos which may then have a feedback loop itself.

Not until $300 is taken however. Before then it may all just be noise, but once we get the Spartans back, there may be more reason for optimism.