Ethereum longs have surpassed all time high, rising by another 50,000 eth since Monday to a new all time high.

Bets on ethereum rising at just one exchange, Bitfinex, are now at more than 1.8 million eth as pictured above.

They have been on a bull run since at least February when there were less than 500,000 eths longing, rising close to 4x since.

Shorts in contrast are only at 180,000 eth, just 10% of longs, so indicating perhaps the market sentiment where it matters.

For bitcoin longs have been up too, although no where near all time high which is close to 50,000 BTC, but have increased since Monday. 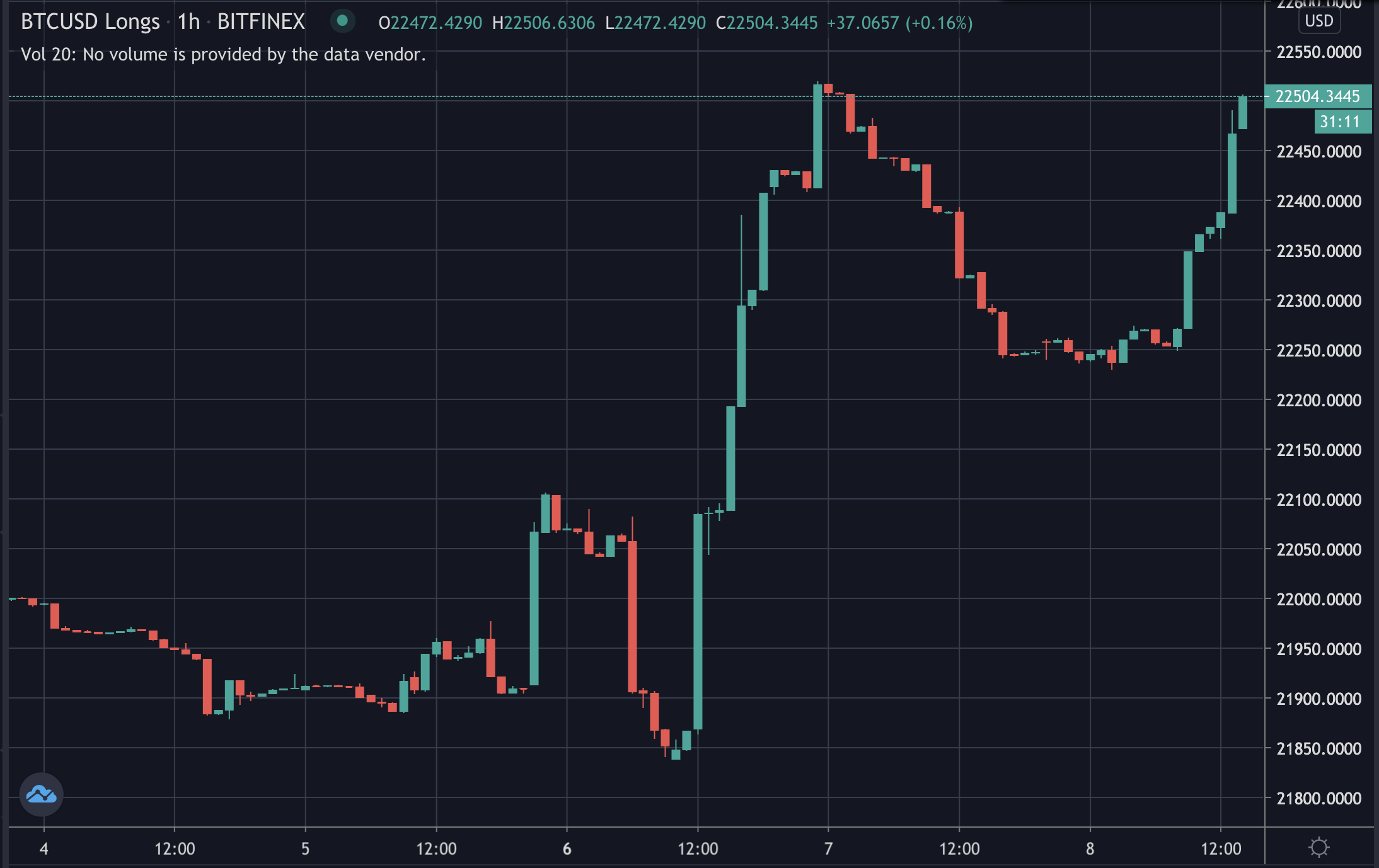 The sentiment might be a bit more subdued in bitcoin as far as longs are concerned as the above chart looks quite different from the eth one.

In eth it appears at least some people are convinced it is gone go up presumably because it fell far too much and is still some 9x away from the all time high, while bitcoin only needs to double.

These longs feed into the spot price because people are basically borrowing dollars, buying eth, and then hoping it rises so they can sell at a higher price and pay back the dollars.

In this case that is close to half a billion dollars borrowed to buy eth through margins, quite a huge sum.

Yet it is only part of it because eth now has its own smart contract based margins of sorts in DAI and more traditional ones in dYdX, as well as leveraging capabilities in Compound and many other dapps.

So putting some upwards pressure on the price which usually is not immediately reflected as there tends to be a lag at times presumably because it takes some time for the market forces of supply and demand to feed through the whole infrastructure.

Eth is rising for now however, with maybe even the bitcoin maxis beginning to be a bit tempted now as the ratio is rising too.